Ian Jackson is at it again.

A proposal has been submitted in the Debian vote mailing list to ensure that the next version of Debian, Jessie, will not require any specific init system. This comes after the Debian technical committee (TC) already decided in February to adopt systemd as the default init system for Jessie. The TC had left the door open for a general resolution to decide whether other init systems would be supported in Jessie. At this time, it appears that enough support has been garnered for the proposal to ensure that there will be a vote on this issue. From the text of the proposal:

When the TC debated the issue, keeping SysVinit was an unpopular opinion. The two real contenders were systemd and upstart, and there seemed to be a general agreement that the init system must change. Is this vote an attempt to delay the inevitable? Let's remember that the reason the TC had to vote on this issue is that the developers wanted to be set on which init system to support. Could this resolution end with Debian "supporting" other init systems as second-class citizen, with many developers choosing not to bother supporting anything that's not systemd? 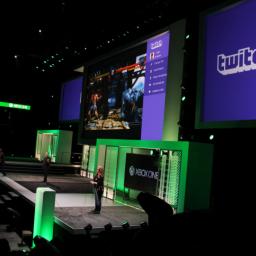 After all the rumours and speculation, back-and-forth, and legal wrangling, it is complete: Google has completed its purchase of Twitch.

We had heard rumours about it, but it's now official. The exact price of purchase and official announcement are yet to come, but investors are reportedly happy about the deal. Considering Google's ownership of Youtube, this will give them firm control over online game session streaming. Venturebeat states:

The deal underscores the value of live Internet streaming and the rise of competitive gaming as a spectator sport â€” something that draws millions of viewers, can offer prize pools that surpass pro golfâ€™s marquee events, and provides a multibillion dollar opportunity for advertisers.

Author note: What do you think of this, pipers? (That's how we're calling ourselves, right?) Considering Google's often clumsy attempts to control copyrighted material on Youtube, does this spell doom for many Twitch channels? As Twitch users would say, is it time for us to declare: "Rip in peace, Twitch."?

German videogame producer Crytek had long been suggesting they would offer official Linux support for their CryENGINE game engine some day. That day is now.

According to a post on their website last week, we now know that at the GDC (Game Developers Conference) that began yesterday, attendees will be able to see this version of the engine in action. They have not mentioned which games they plan on demonstrating.

CryTek is well known for the popular games the Crysis series and Far Cry,as well as Ryse: Son of Rome. From their website:

During presentations and hands-on demos at Crytek's GDC booth, attendees can see for the first time ever full native Linux support in the new CRYENGINE. The CRYENGINE all-in-one game engine is also updated with the innovative features used to recreate the stunning Roman Empire seen in Ryse - including the brand new Physically Based Shading render pipeline, which uses real-world physics simulation to create amazingly realistic lighting and materials in CRYENGINE games.

There will also be games on offer, with the latest version of free online FPS Warface available to play.

Anyone ready for Star Citizen on Linux? And if you're in the San Francisco area, how about giving your fellow readers a word about how it looks?
1